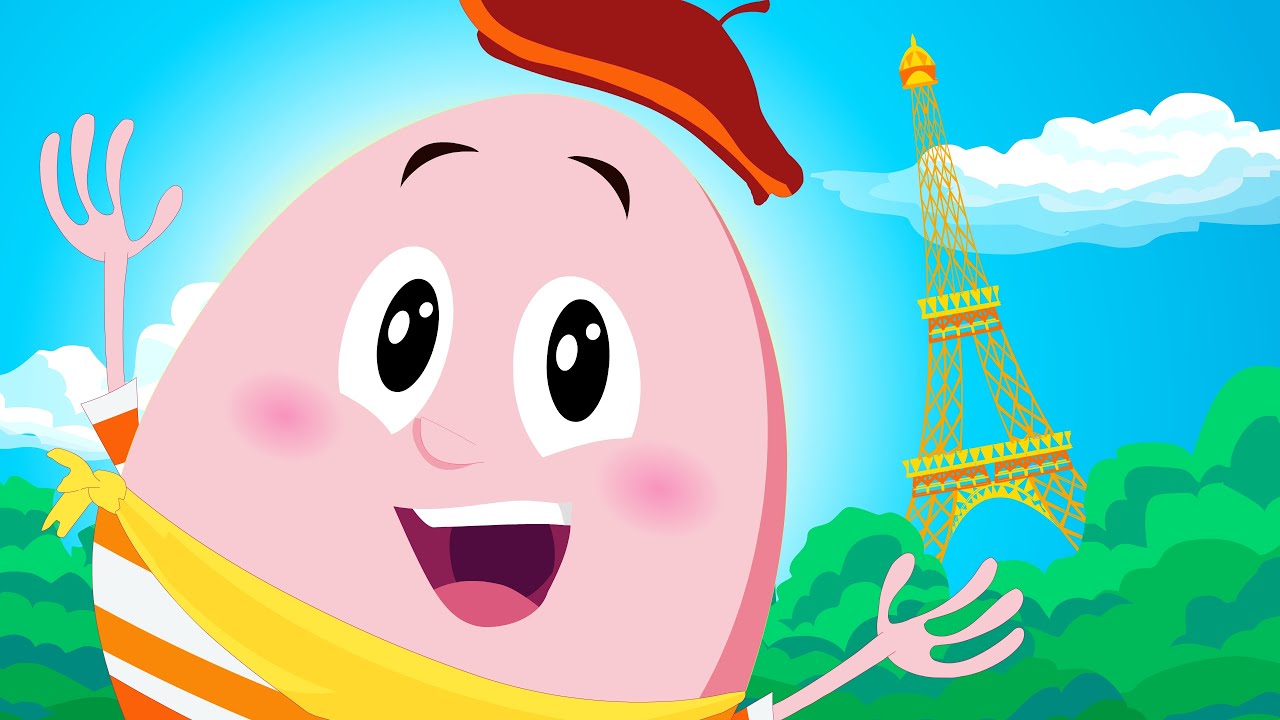 Humpty Dumpty wants to explore
He plans to go on a world tour
He ties up his shoes in a big red bow
But when he gets up, "Oh no!" *Bump*
"Humpty tied his shoes together!"

Humpty Dumpty goes to Hawaii
To swim with the fish and look at their teeth
He puts on his shorts and jumps with a "splash!"
"Oh no! He's forgotten his mask!" Bump!

Humpty Dumpty goes to Japan
To climb a big mountain as fast as he can
He reaches the top and it starts to snow
Oh no! Humpty's forgotten his coat!
"BRRR!"

Humpty Dumpty goes to Brazil
He walks through the jungle and over the hills
The sun shines bright and Humpty goes red!
"Oh no! I'm not wearing sunscreen!" he said.
"Ouch!"

Humpty Dumpty goes to France
He rides on his bike as quick as he can
But all of a sudden he bumps his head!
"Oh no! I'm not wearing my helmet!" he said.

Humpty Dumpty goes to bed
With very sore skin and a bump on his head
But when he wakes up, who does he see?
All the kings horses, the king and the queen
They fix him up as good as new!
And Humpty continues his adventure with you! 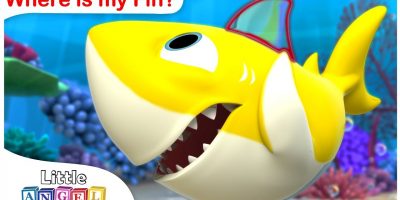 Baby Shark has lost his Fin! Watch him on his adventure through the ocean. #littleangel #littleangelnurseryrhymes #littleangelsongs (🔔) Subscribe to... 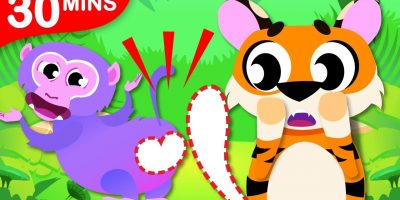