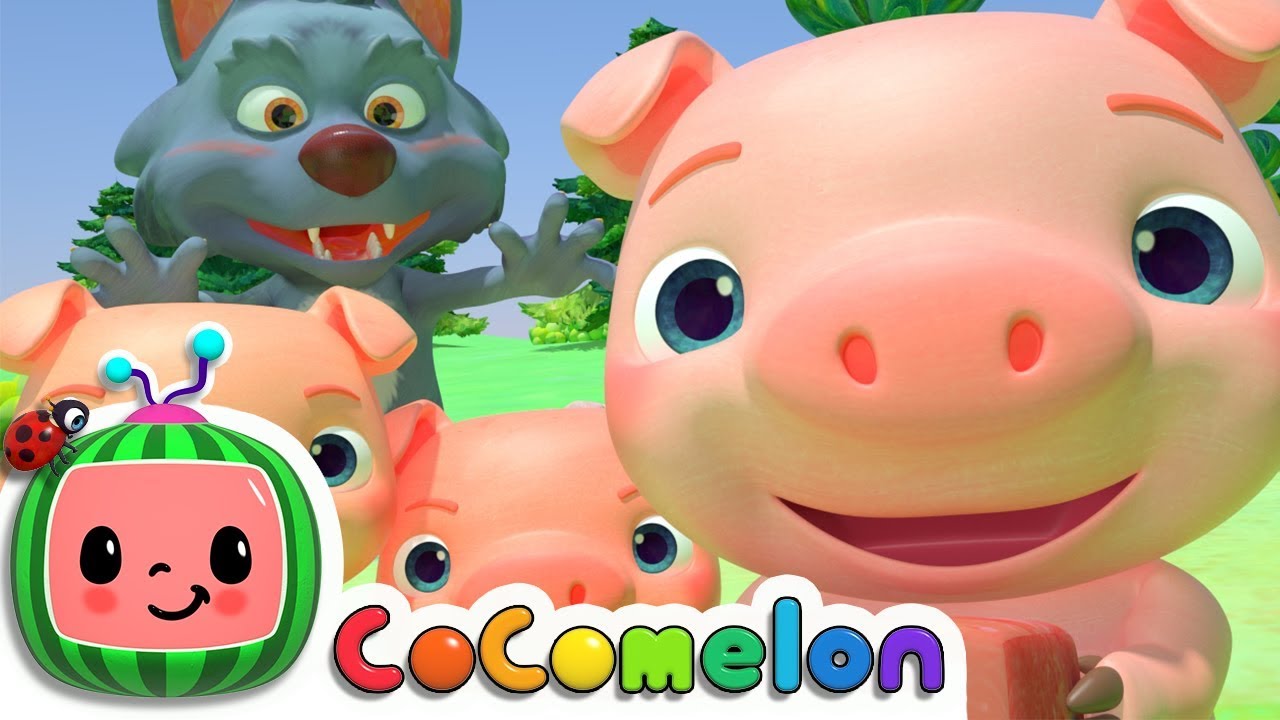 Look out! Here comes the Big Bad Wolf! The three little pigs each hide in their houses made of hay, sticks, and brick, but will they be strong enough to stand up to the wolf’s huffing and puffing?

JJ, YoYo, and TomTom are happy to say ABCkidTV has a new name – it’s “Cocomelon”! You will continue to enjoy new videos every week with your favorite characters – so stay tuned!

Three little pigs went out one day
One built a house made out of hay
The other pigs thought it would fall, fall, fall
But the first didn’t care at all.

Three little pigs went out one day
The second used sticks to build away
The third pig thought it would fall, fall, fall
But the second didn’t care at all.

Three little pigs went out one day
For the third pig, bricks were the way
He knew the house wouldn’t fall, fall, fall
So the work didn’t bother him at all.

“Little pigs, little pigs, let me in!”
“Not by the hair on our chinny-chin chins!”
“Then I’ll huff and I’ll puff, and I’ll blow, blow, blow!”
And boy, did the stick house go!

“Little pigs, little pigs, let me in!”
“Not by the hair on our chinny-chin chins !”
“Then I’ll huff and I’ll puff, and I’ll blow, blow, blow!”
But the bricks surely did not go!

The wolf was at his wit’s end, you see
He climbed on the roof, down the brick chimney!
He came with his teeth all bared, bared, bared
So the three little pigs got scared!

The third little pig lit a log on fire
The smoke started rising, higher and higher
The wolf burned his hairy tail, OW! OW! OW!
And the wolf ran out of town!

The two little piggies of hay and sticks
Learned a lesson all about work and bricks
A hard-worked job won’t fall fall fall
To a huff, or a puff, at all!

The three little pigs went out that day
Now they were free to laugh and play
The Big Bad Wolf was gone gone gone
And the little pigs danced ‘til dawn!

Cocomelon (ABCkidTV) is a nursery rhyme channel designed especially for kids under 6 that helps them to learn all about letters, numbers, shapes, colors, animals, and so much more! Your kids will love our friendly characters and colorful 2D and 3D animation while learning both classic nursery rhymes and original songs. 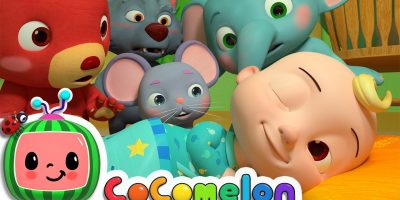 The baby is still asleep, and all his animal friends want to try and wake him up. What do you... 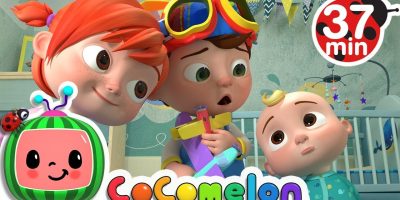